On Saturday Greg and I visited the grave of his great grandparents Henry and Anne Sullivan nee Morley, at Cheltenham Memorial Park in Melbourne.

Henry Sullivan was born 7 August 1863 at Gheringap near Geelong in Victoria. Abandoned by his parents, he was raised in the Geelong orphanage.

In 1876, at the age of 12, Henry was licensed out from the orphanage to work for a market gardener at Moorabbin, 15 kilometers south-east of Melbourne. He was a gardener for the rest of his life.

On 17 February 1887 Henry Sullivan married Anne Morley at the residence of the Reverend Samuel Bracewell at Lygon Street, Carlton, a suburb of Melbourne. The Rev. Samuel Bracewell was a minister of the Primitive Methodist Church. At the time both Henry and Anne were living at East Brighton (later known as Bentleigh). Henry stated he was a gardener.  On the marriage certificate he gave his age as 24 although he was in fact 23. Henry did not know who his parents were.

Henry and Anne had five children:

Henry died in 1943 and Anne in 1946. They were buried in the Methodist section of Cheltenham Memorial Park. Their daughter Rosina gave them a fine grave. 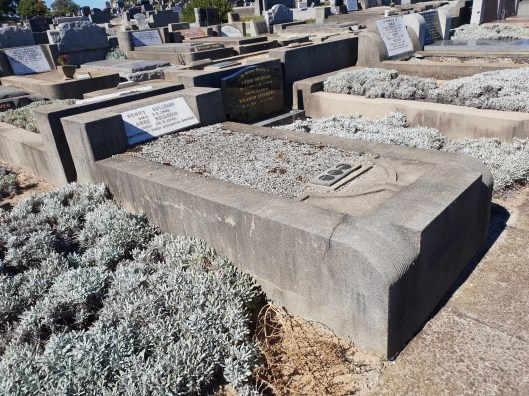