In 1852 there was a large rush to a newly-discovered gold field at McIvor Creek, sixty miles north of Melbourne.

The following year, Philip Chauncy (1816 – 1880), my 3rd great grandfather, was appointed surveyor-in-charge of the McIvor district. He laid out the town there, naming it Heathcote. The origin of the name is unclear. The town may have been named after named after Sir William Heathcote, a British member of Parliament 1854-68, or after the prolific wild heath in the area.

The Victorian government provided Philip Chauncy with funds to erect a stone house in the main street. This served as both the Survey Office and his residence. The Chauncys – Philip and his wife Susan (1828 – 1867) and their children- lived there for six and a half years. 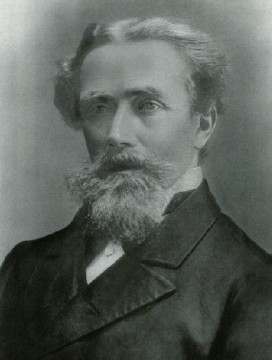 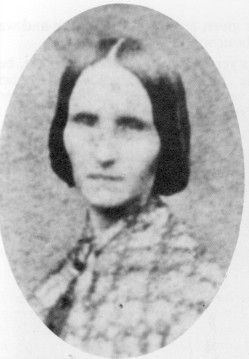 After 167 years the Survey office and Chauncy residence is still standing. We visited it yesterday. The last time we saw it, in 2007, it was overgrown and falling down. Now the main structure is being renovated and an extension added. A wooden two-storey 1897 add-on at the front has been demolished. 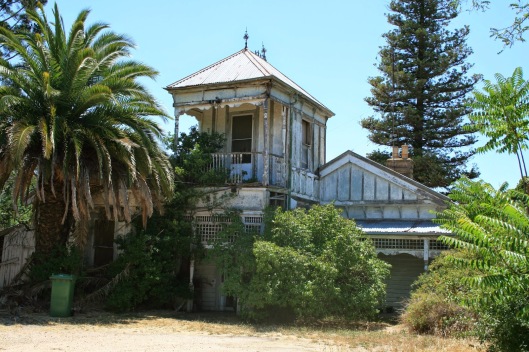 Heathcote Government Surveyor’s Office from the corner of High Street and Chauncey Street. There is a new fence around the property since 2007.

Chauncy’s oldest child Philip died less than week after the family moved into their new stone house. He was 3 years and 2 months. The death was put down to ‘croup’.

Philip was the first interment at the Heathcote cemetery. As District Surveyor Chauncey had selected the site, and as a trustee held helped to lay laid out the fencing, divisions, and walks.

drawing by Philip Chauncy of his son’s grave 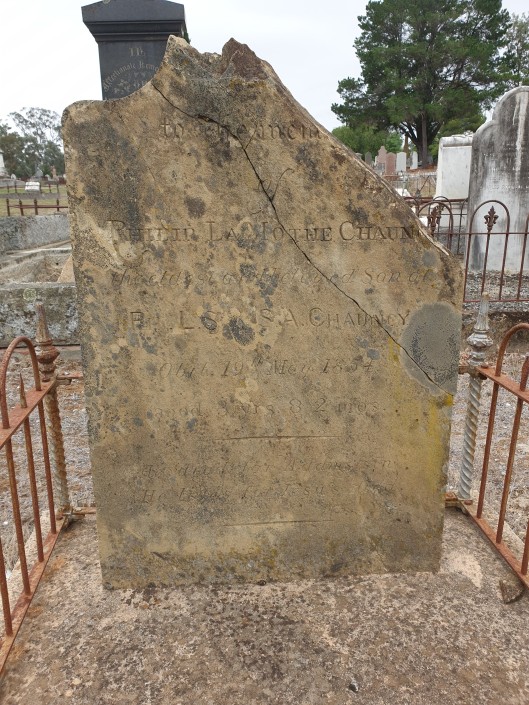 In a memoir of his wife and his sister, Philip wrote that while they lived in Heathcote Susan visited the child’s grave every Sunday. On a drawing of it, she wrote, “The last earthly dwelling place of my much-loved child, and the grave of my chief earthly joys.”

Philip and Susan had nine children. The other eight all survived childhood. Three of the children were born at Heathcote, including my great great grandmother Annie Frances Chauncy (1857 – 1883).