I recently rediscovered a book on our shelves called The Cub by Ethel Turner. It had belonged to my great aunt Rosemary Cudmore (1904 – 1987),  given to her for Christmas 1915 by her godmother, Florence T. Davies.

Ethel Turner is best remembered for her children’s book Seven Little Australians. She was a successful author, who produced a book a year. The Cub, published in 1915, is a war story about two Australian families. It begins with the invasion of Belgium and the enthusiasm to enlist and fight the Germans, as well as discussing doubts about participation in the war. 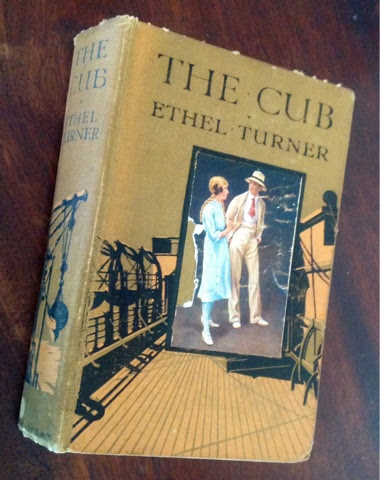 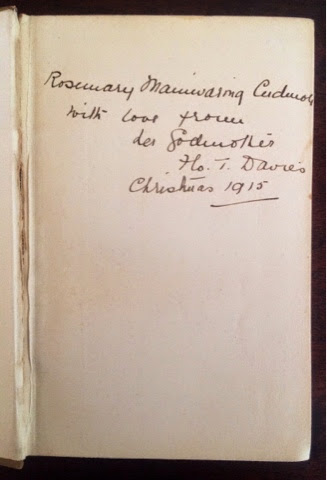 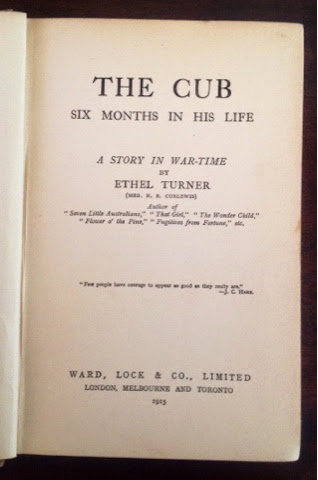 My mother remembers that Rosemary, an avid reader, always had a stack of books nearby. She particularly enjoyed biographies.
In 1915 Rosemary was eleven. Her father, Arthur Murray Cudmore, and her uncle, Wentworth Cavenagh-Mainwaring, both doctors, had enlisted. Her cousins Frederick Andrews (1895-1975) and Edward Gordon Gedge (1895-1991) had also enlisted.
The girls in Ethel Turner’s story had been in Europe and were returning to Australia. Rosemary too had been in England just before the war.  Here she is at Southsea in 1914. 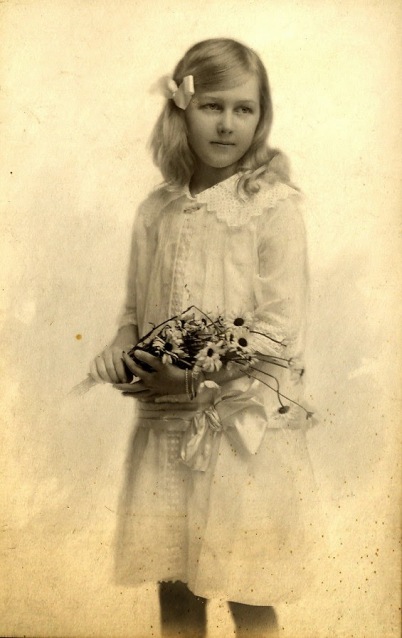 On 25 June 1914 the Cudmores left England sailing for Australia on the P&O steamship Malwa, arriving in Adelaide at the beginning of August just a few days before war was declared.

One of their fellow passengers was Henry Balfour, a British archaeologist, who wrote a diary of their passage. It is transcribed at http://www.pandosnco.co.uk/malwa1914.html .

Below is an article from the Adelaide Advertiser of 30 October 1915 about Ethel Turner’s book The Cub. Florence Davies might have been inspired by this to buy the book as a present for her god daughter. 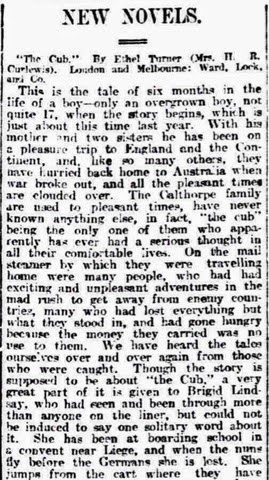 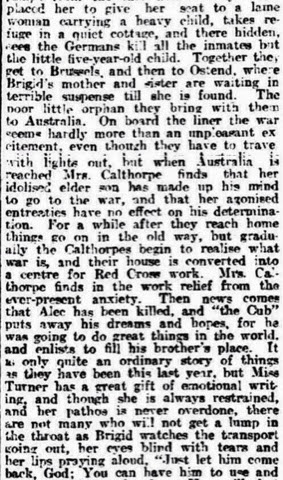 Two children’s books dealing with the war, both published in time for Christmas 1915, Ethel Turner’s book The Cub and a book by Mary Grant Bruce in the Billabong series, are discussed by David Walker in a 1978 article in the Journal of Historical Studies. Walker contends that Ethel Turner and Mary Grant Bruce responded quickly to the war. He suggest that these children’s books “reveal the responses of articulate, patriotic women to an event [the war] of undisputed importance to Australian society”. He also notes that analyses of World War I literature tend to overlook children’s books but in fact these books can be very revealing about “views on women’s obligations [and] the qualities they expected to find in young men during a national crisis”. (Walker, David R. “War, Women And The Bush: The Novels Of Mary Grant Bruce And Ethel Turner.” Historical Studies 18.71 (1978): 297-315. Austlit Full Text Articles For The Children’s Literature Digital Resources Project (Cldr). AustLit: The Australian Literature Resource, 9 Apr. 2009. Web. 5 Oct. 2014. <http://www.austlit.edu.au/common/fulltext-content/pdfs/brn575749/brn575749.pdf>.)